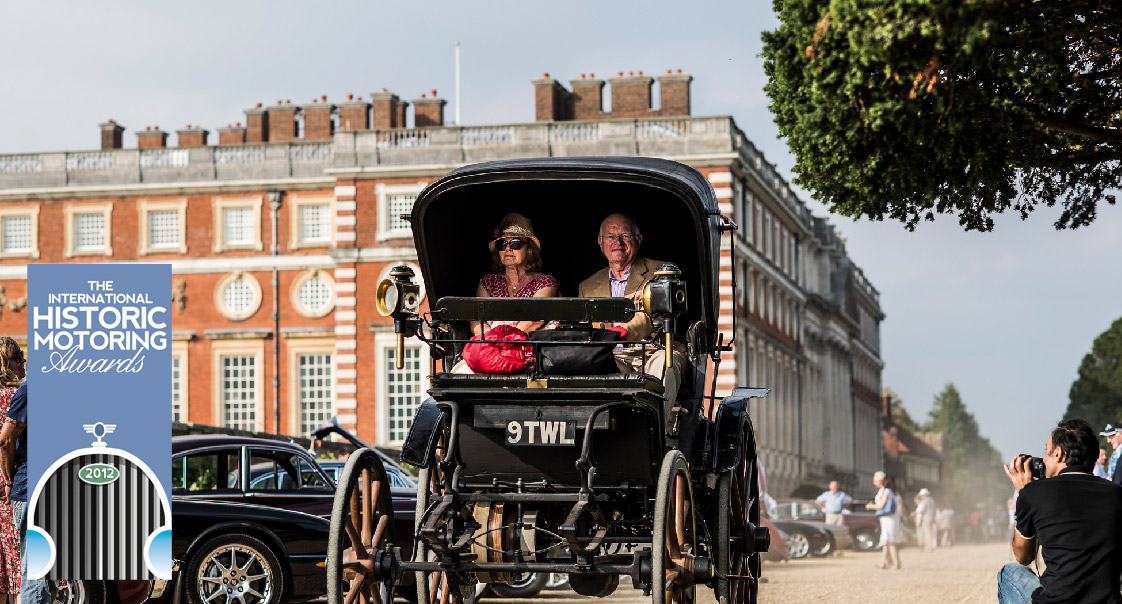 In September 2012 Thorough Events, with the acknowledged help of the Royal Household and a great number of partners, supporters and friends, put on the Windsor Castle Concours of Elegance. To say it was a success would be an understatement. As one seasoned concours collector with a car on the Queen’s lawn stated: “It was the best concours I have ever attended, and I’ve been to quite a few.” Such was the splendour of the Regal setting within the walls of Windsor Castle and the unmatched quality of the assembled sixty historic cars under the sparkling September sunshine, the event was an unqualified success, and a fitting tribute to Her Majesty The Queen’s Diamond Jubilee.

Receiving universal praise and acclaim from owners, visitors, sponsors and press alike, the Windsor Castle Concours of Elegance went on to pick up two major awards at the Octane International Historic Motoring Awards in London: Motoring Event of the Year and Personal Achievement of the Year for Jeremy Jackson-Sytner and Graham Sharpe.

In September  2013 Thorough Events did it again. The Concours moved from the majestic lawns of Windsor Castle to the Palace gardens of St James’s. An event that in just two years saw 120 of the world’s rarest historic cars enticed and assembled in the UK for anyone to view close up for only the price of a £25 entry ticket.

To see, and indeed hear, everything from the 1933 24 litre Napier-Railton Special (driven with delight by Concours Patron Prince Michael of Kent) to the Le Mans winning 1969 Porsche 917 Kurzheck Coupé powering past Buckingham Palace and down The Mall in the bright autumn sunlight was an achievement in itself. To put on a Concours in the very heart of Central London and for the ‘Grand Depart’ to have over 200 special cars leave through cheering crowds is a notable ‘first’.

Thirteen cars were coaxed from the USA, 20 from Europe. Cars from afar afield as Russia and Argentina.  It was a similar story in 2014, with 60 of the rarest cars from all over the world attending the Hampton Court Palace event to huge acclaim.

With the stunning setting and abundant space of the Fountain Gardens at Hampton Court Palace, the 2014 Concours was an event with something for everyone.  Sixty of the world’s finest cars, most never seen in the UK before, flanked by hundreds of other beautiful and significant cars from Britain’s leading car clubs, car manufacturers and VIPs.

The Venue
2017 Event
Timetable
Getting There
Hospitality

What is a Concours?

Concours d’Elégance dates from 17th Century France where the aristocracy paraded their highly ornate horse-drawn carriages through the parks of Paris. In time, the carriages became horseless and the gatherings became a competitive ‘beauty pageant’ for automobile owners.

In reality a concours is an exhibition of priceless art. Automotive sculptures that stand as a lasting testament to the brilliance of pioneering engineers, innovative designers and skilled coachbuilders.