Other features will be added to the Timetable in the coming months.

The Concours may be the main event, but the Grand Arrival is a spectacle in itself. Sixty of the finest cars, spanning more than 100 years of automotive progress drive in procession, before taking their places in the Fountain Gardens for the weekend. Seeing the Concours cars in motion is a once-in-a-lifetime opportunity.

A line up of 95 of the finest British cars to celebrate HM The Queen’s 95th birthday. The selection of cars chosen by David Lillywhite, Editorial Director of Magneto.

The Club Trophy, supported by the Royal Automobile Club

The UK’s best car clubs, including those of Aston Martin Owners Club, Ferrari Owners Club, Jaguar Drivers Club and Jensen Owners Club will showcase 40 of the rarest and most impressive cars of their members at the Concours of Elegance. An independent panel of expert judges goes on to a pick a winner, which is then included as part of the main Concours event the following year.

A special Trophy created for Jaguars of all ages, this event gathers together 50 of the finest Jaguars in the country to be scrutinised by a panel of experts, which has previously included Jaguar design director, Ian Callum. The winner will be awarded the Jaguar Trophy and a host of other prizes from Concours of Elegance’s partners.

Concours of Elegance will be inviting leading car clubs from the UK to arrive in style, parking their cars within the gardens of Hampton Court Palace. With support from Aston Martin, Ferrari, Jaguar, Jensen and Mercedes-Benz owners’ clubs, visitors to the Concours can rest assured there will be an eclectic selection of rare luxury and performance cars on display.

Thirty Under 30 Concours presented by A. Lange & Söhne

Designed specifically for the next generation of motoring enthusiasts. This inclusive event is for anyone, 30 or under, that owns a motor car from 1900 to 1999.

Celebrating the best of half-scale hand built pedal, electric and petrol powered cars of all ages.

As on Saturday, Concours of Elegance will host another selection of car clubs in the UK on the Sunday. Visitors will be able to see luxury and performance models from some of the world’s most famous manufacturers.

As the Concours of Elegance wraps up on Sunday afternoon, there’s still one last spectacle for visitors – the Grand Depart. Sixty of the rarest cars in the world start their engines and prepare to leave the grounds of Hampton Court Palace as hundreds of onlookers wave off the Concours cars for another year. It’s a fitting end to an incredible weekend.

The Royal Warrant Holders Association was formed in 1875 to ensure continued existence of the Royal Warrant as a respected institution. A Royal Warrant is a mark of recognition of those who supply goods or services to the Royal Households. Meanwhile, the Queen Elizabeth Scholarship Trust helps support the training of craftspeople working in Britain. 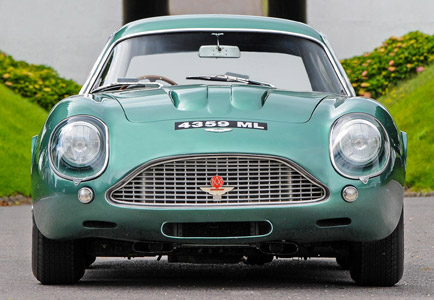