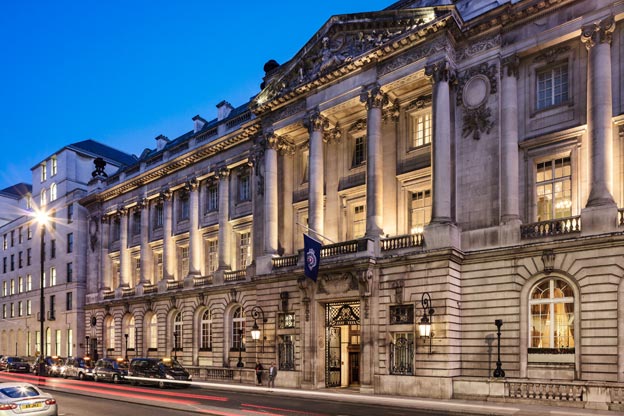 The Royal Automobile Club was founded in 1897 by Frederick Richard Simms and its distinguished history mirrors that of motoring itself. Ten years later, in 1907, King Edward VII awarded the Club the Royal title that it still holds to this day, sealing the Club’s status as Britain’s oldest and most influential motoring organisation.

The Club’s early years were focused on promoting the motor car and its place in society; following the successful 1000 Mile Trial in 1900, the Club held the first Tourist Trophy in 1905, which remains the oldest continuously competed-for motor sports event. The Club promoted the first pre-war and post-war Grands Prix at Brooklands in 1926 and Silverstone in 1948 respectively, whilst continuing to campaign for the rights of the motorist, including introducing the first driving licences.

In 1999 the Club demerged the motoring services and established an independent body, the Motor Sports Association (MSA), to govern motor sport in the UK. The Club then added contemporary facilities and refurbished both clubhouses for the benefit of its growing membership.

Today, the Club continues to prosper with a diverse membership drawn from all four corners of the globe, two stunning and unique clubhouses, a flourishing events programme and unsurpassed accommodation, dining, sports and golfing facilities. The Club continues to develop and support automobilism through its promotion of motoring events and representation on the Motor Sports Association (MSA), Federation Internationale de l’Automobile (FIA) and RAC Foundation.