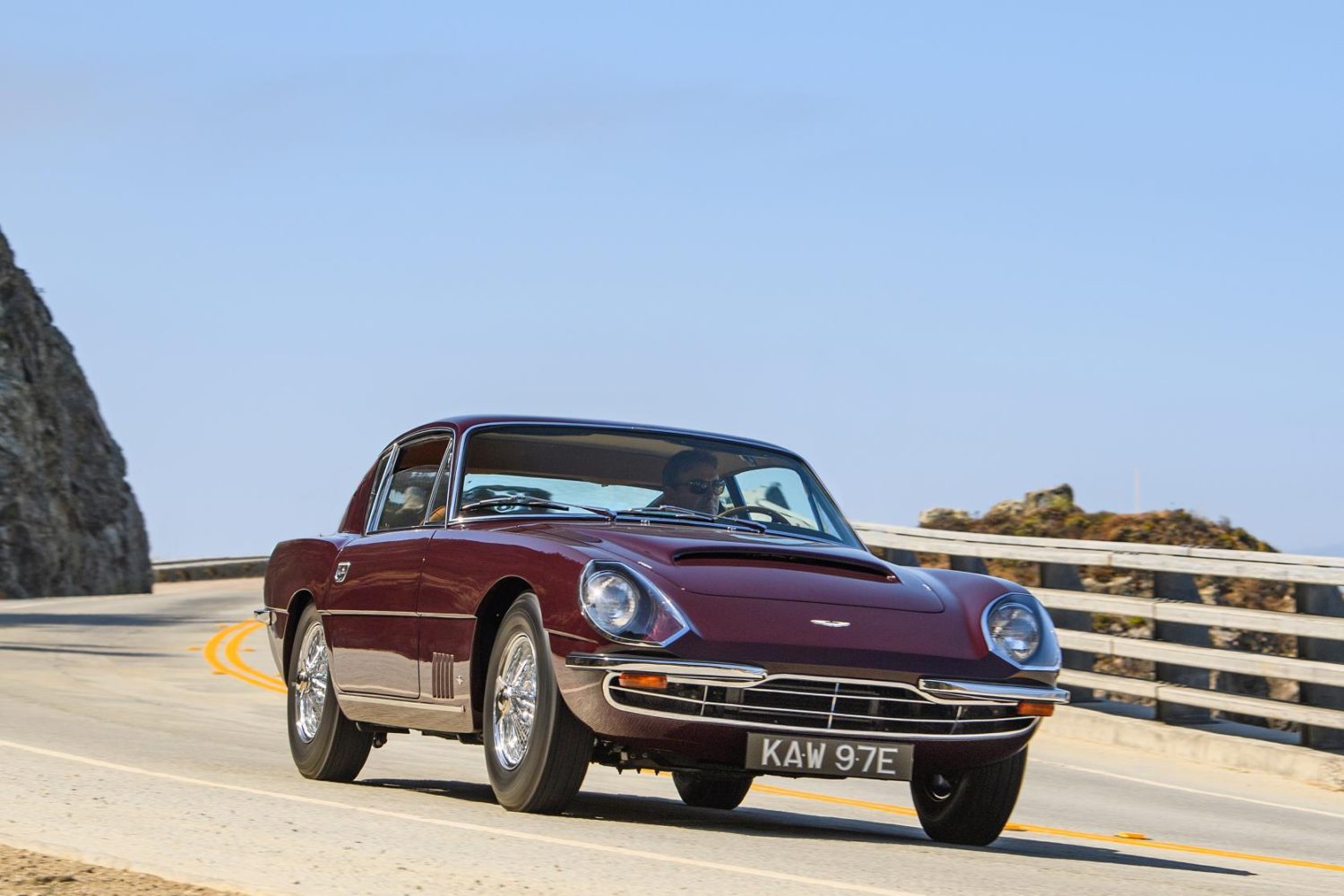 EXTRAORDINARY GATHERING OF SPECIAL ASTON MARTINS AT CONCOURS OF ELEGANCE 2018

On the 70th anniversary of the very first Aston Martin DB-badged models, the Concours of Elegance at Hampton Court Palace will be hosting a display of some of the finest Aston Martins ever produced. From 31 August – 2 September, over 100 icons from the legendary British marque will be on display, including four very special examples in the Main Concours.

Chief among them is a 1967 Aston Martin DBSC by Touring – the only road-going version in existence. Only two cars were built by Touring as a potential replacement for the Aston Martin DB6, and this left-hand-drive 4-litre, straight-six powered rarity comes finished in Dubonnet Rosso paint, with a tan pigskin interior.

Also on display is a 1937 Aston Martin 15/98 Long Chassis Tourer by Bertelli – probably the best example of this rare and interesting model in the world. One of only 24, the four-seat luxury touring car was designed as a departure from Aston’s race-derived sports cars. The vehicle presented at this year’s Concours has gone through a comprehensive restoration by pre-war marque specialist Ecurie Bertelli, to bring it up to Concours standard.

Concours of Elegance will also be playing host to the ‘Royal Aston Martin’, one of the first six Aston Martin DB2 DHCs, produced in 1950 and bought by Prince Bertil of Sweden. The car performed in the parade lap at the 1951 Le Mans 24 Hours race, accompanied by Aston Martin legend David Brown.

A DB5 Convertible will be appearing in the Main Concours line-up as part of Concours of Elegance’s broader 70thanniversary celebrations of the first DB-badged Aston Martins. The exceptionally stylish and rare open top DB5 represents one of the small number of models produced in Newport Pagnell, and this example is one of just 83 right-hand-drive cars ever built.

To cap it all off, the celebrations will include a gathering of Aston Martin DB4 vehicles in the beautiful gardens of Hampton Court Palace, collated with the help of the Aston Martin Owners Club. The show-stopping parade of vehicles will include an example of every DB4 model created, in celebration of the car’s 60th anniversary.

But the Aston Martin focus doesn’t end there, with a strong presence from the Aston Martin factory, including a display stand featuring the very latest models. Aston Martin specialists Nicholas Mee & Co will also be bringing along examples of their finest stock as part of the Concours of Elegance’s ‘Specialist Showcase’.

This year’s event is the largest and most diverse running yet, not only featuring one of the most incredible collections of vehicles ever seen in the Main Concours display but also a number of other special motoring features still to be announced.

Concours of Elegance Director, Andrew Evans, said: “Aston Martin remains one the most iconic British brands, and its cars exude prestige, power and elegance to automotive aficionados from across the globe. With support from Aston Martin, Aston Martin specialists and the excellent Aston Martin Owners Club we feel as though we’ve created a very fitting tribute to a British legend at Concours of Elegance. But amazingly, this world-class display is just one part of the overall event, providing visitors with more content, more quality and more entertainment than ever before.”

Concours of Elegance is working in conjunction with a number of organisations to offer bespoke experiences for visitors, including the Octane Tour, held on Sunday. To join the Octane Tour contact iain@thoroughevents.co.uk.

The Concours has also partnered with Tom’s Kitchen – founded by Tom Aikens – to offer new deli picnics for visitors. Presented in individual jute bags, the picnics will include a substantial chicken or vegetarian main course plus salads with a generous cheese and fruit box and a delicious strawberry and white chocolate dessert.