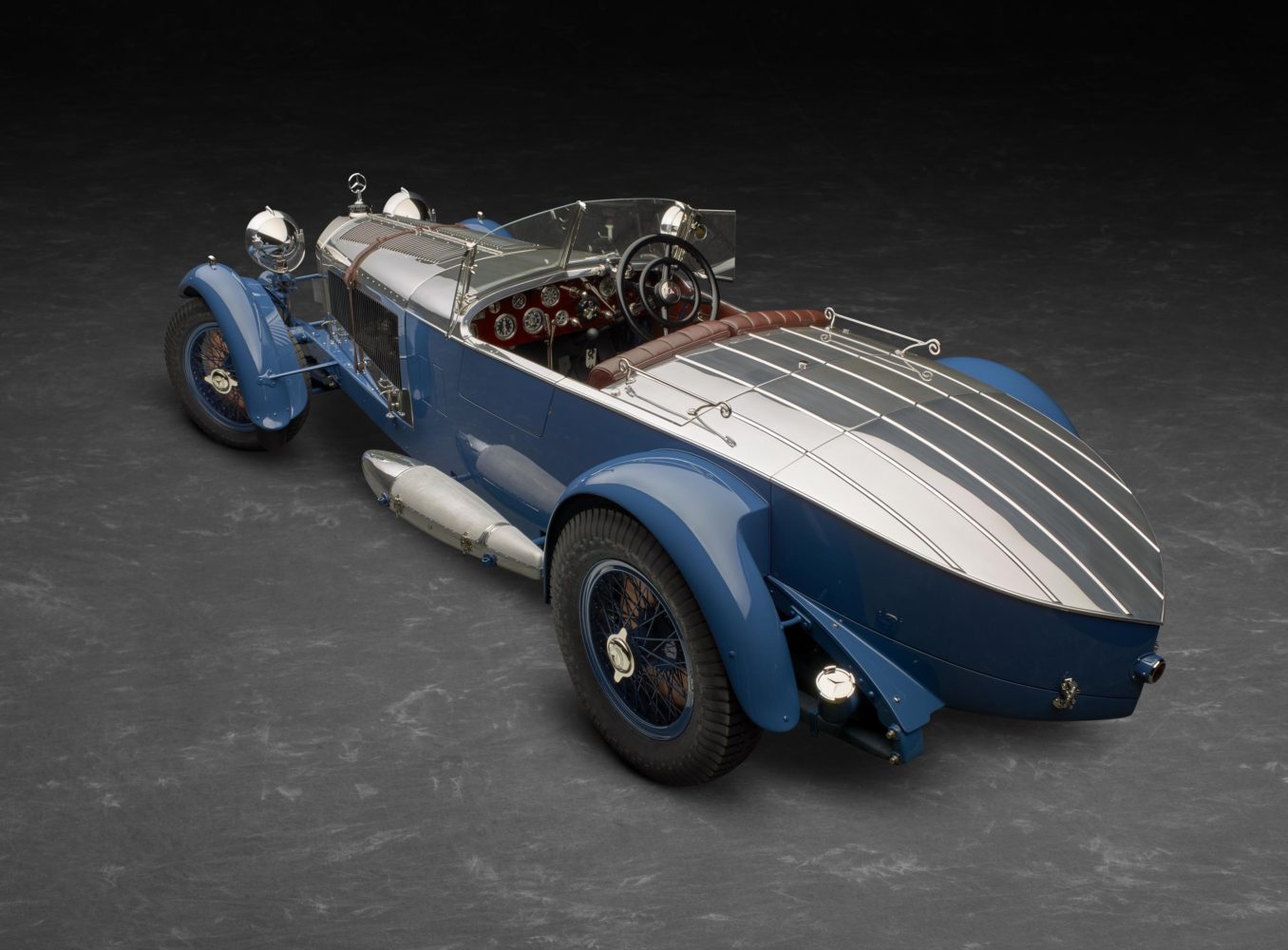 This year’s event, hosted at Hampton Court Palace from 31 August to 2 September, represents a once-in-a-lifetime opportunity for visitors to see the award-winning Mercedes as it comes to the UK for the first time since 1958.

Based on the 1927 Mercedes S-Type, the unique ‘Boat Tail’ was one of the most powerful road-going automobiles in the world in period, developed as the perfect road-going, race capable car.

Originally owned by racing enthusiast and British Racing Drivers’ Club co-founder Earl Howe, this car was fitted with a revolutionary body which incorporated a lightweight and aerodynamic shell with unique aircraft-inspired aluminium side pods crafted by English coachbuilders Barker.

The car was a regular on tours, trials and competition events in the UK before new ownership in 1958 took it to America, where it has remained, and will remain, until it travels across the Atlantic for the Concours of Elegance from 31 August to 2 September.

When it was first sold to American owners, the car was repainted in a dark maroon colour and the rear of the car was renovated to sport an additional spare tyre instead of its distinctive ‘Boat Tail’. But, its most recent owner has just completed a multi-year project of restoring the car to its former glory.

The majority of Earl Howe’s unique specifications were all-but-lost until a host of photographs unearthed aspects of the original vehicles. They revealed the missing ‘Boat Tail’, numerous reflective surfaces, custom touring luggage and a red spotlight which was given to Members of Parliament to alert other road users to their status. Upon disassembly patches of the Earl Howe’s signature Peacock Blue paint were also discovered, which has now been sympathetically recreated.

Visitors to this year’s Concours of Elegance will not only be treated to the unique ‘Boat Tail’ but to around 60 other extremely rare or unique vehicles in the Main Concours event. Telling the complete story of the motorcar, the Concours will begin with a 1903 Panhard et Levassor and finish with one of 2018’s most exclusive supercars.

Concours of Elegance Managing Director, Andrew Evans, said: “The Mercedes S-Type ‘Boat Tail’ is such a special car, and we’re incredibly privileged to have it at Concours of Elegance 2018. This car won’t have turned a wheel in the UK during many people’s lifetimes, so it’s an opportunity for our visitors to come and see a real piece of motoring history. Add that to the other 60 cars in our main concours, and nearly 1000 others across the weekend, and you’ll see why we’re so excited about this year’s event.”