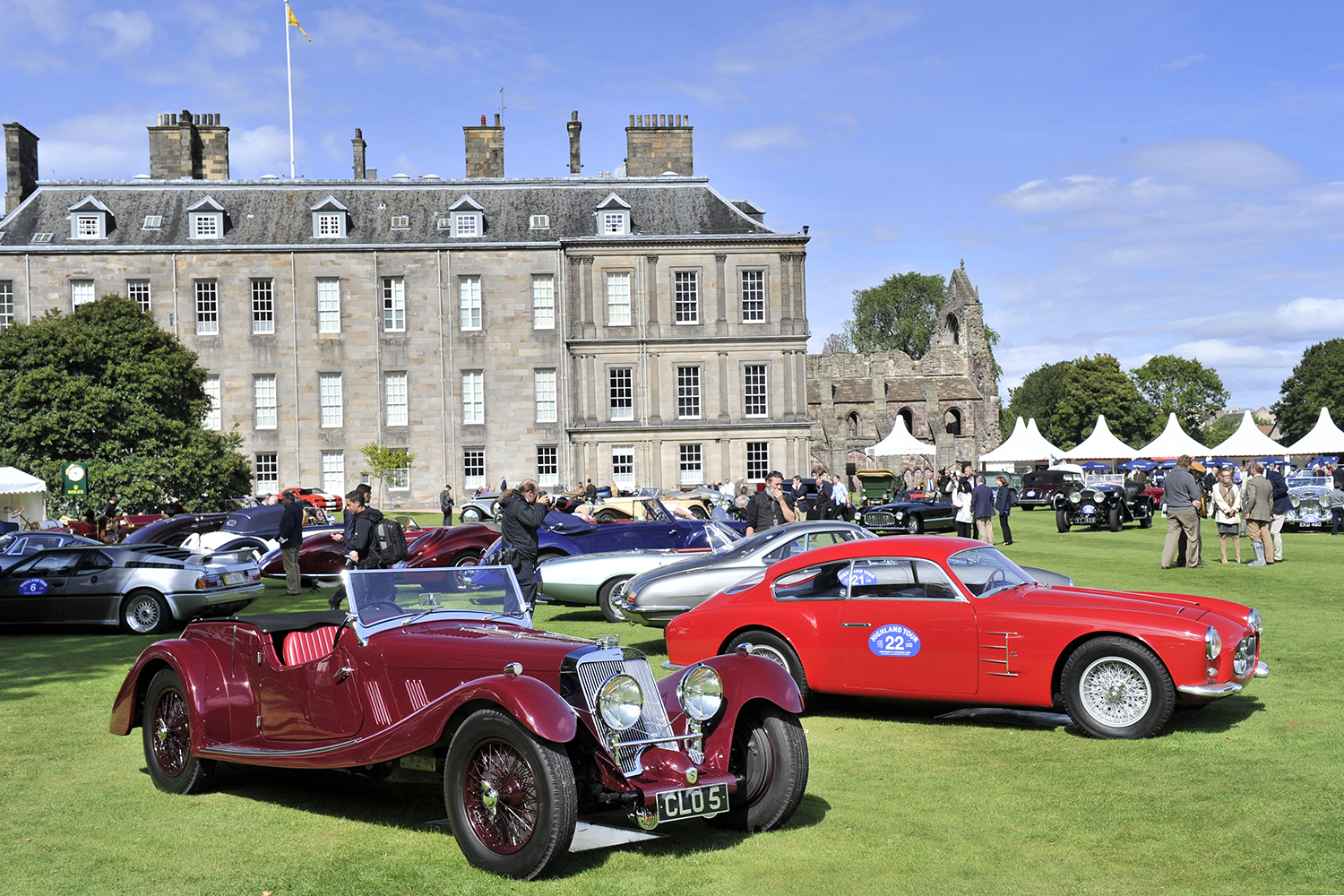 The Concours of Elegance 2015, held at the Palace of the Holyroodhouse in Edinburgh, has rounded off another first-class event with many thousands of visitors, sublime weather, a selection of the world’s rarest cars and some £150,000 raised for charity.

Sixty incredible cars – some never seen before in the UK – partook in the main Concours event, converging on the Palace of Holyroodhouse from all corners of the globe, including America, Australia and Europe. All cars are personally invited by the Concours of Elegance’s prestigious Steering Committee, so a place at the Palace is considered a victory in itself. For that reason, uniquely, the Best in Show award is voted for by the owners of the sixty invited cars.

The 2015 prize went to the 1903 Mercedes Simplex 60HP of Anke Ruckwarth, as owners praised the incredible engineering in this 112-year-old car, powered by a 9.2-litre four-cylinder engine and capable of nearly 80mph. Only four are known to exist.

Meanwhile, the 1927 Mercedes-Benz S Rennsport owned by Klaus Schildbach won the Spirit of the Tour award, chosen by the organisers as the driver and car pairing that was considered to enter most in to the spirit of the 200-mile Highland Tour that the ran ahead of the Concours. The Ferrari 275 GTS/4 NART Spyder of John Shirley was awarded the RAC Spirit of Motoring Award.

An impeccable Jaguar SS1 took home two prizes this year, winning both the RAC Club Trophy and the inaugural Jaguar Trophy. Two independent panels of judges, which included HRH Prince Michael of Kent, Jaguar director of design Ian Callum and Aston Martin head of design Marek Reichman, were unanimous in their decisions. As winner of the RAC Club Trophy the SS1, belonging to Michael and Linda Jewell, will be invited to take part in the main Concours in 2016.

With perfect weather for all three days of the Concours – Owners’ Day, Jaguar Land Rover Saturday and Bentley Sunday – thousands came out to enjoy the exquisite gardens of the Palace of Holyroodhouse. Among them were some very special guests, including Scottish First Minister Nicola Sturgeon, Sir Jackie Stewart and Dario Franchitti.

As ever with the Concours of Elegance, this year’s event successfully raised huge amounts of money for it’s charities for 2015 Action on Addiction, Walking With the Wounded and Springfield Motor Racing’s Club for Young People.