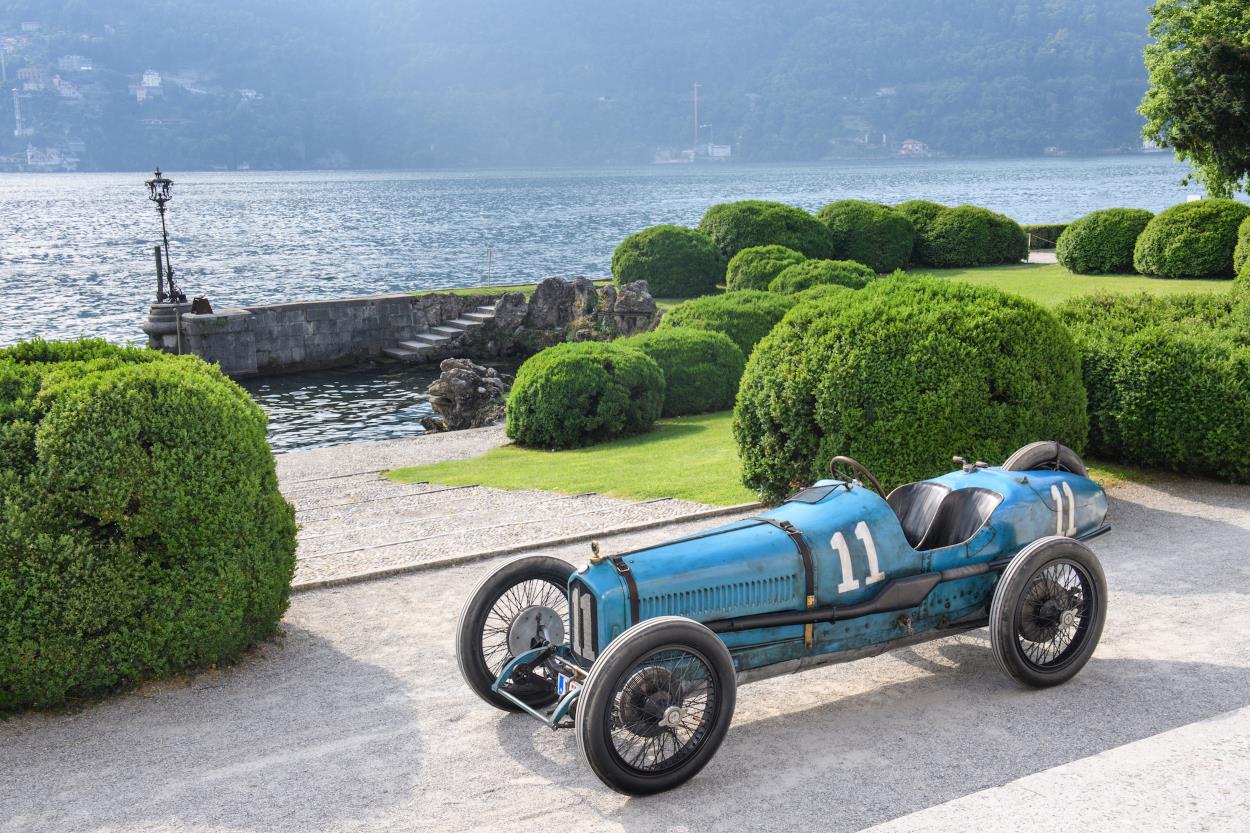 The first extraordinary car has been confirmed for this year’s Concours of Elegance: a Ballot 3/8 LC famous for winning the first ever Italian Grand Prix in 1921. This impeccable piece of motorsport history is just one of a line-up of over 60 rare and exotic motor cars set to take their place in the glorious Fountain Gardens of Hampton Court Palace this September.

The Ballot 3/8 LC was a cutting-edge French racing car, capable of 124mph at a time when many normal road cars struggled to hit half that. The engine’s double overhead camshafts, four valves-per-cylinder and hemi-spherical combustion chambers were the works of a genius mind belonging to Ernest Henry.

These innovations led to its victory at the Italian Grand Prix which, incidentally, would have ruffled a few feathers. The two French Ballots competing took first and second spots, while a Fiat 802 – the Italian crowd’s favourite – took third. But the Ballots won for their strategy, conserving fuel and tyres against the much faster Fiat, and not once stopping.

Gathering the rarest and most exquisite vehicles from throughout automotive history, the 2019 Hampton Court Palace Concours of Elegance promises to be the best yet. Last year the event welcomed a wondrous array of automotive masterpieces, from a 1903 Panhard et Levassor O4R to a 1997 McLaren F1 GTR Long Tail and beyond.

Although the Concours of Elegance’s main display of around 60 vehicles will be the focal point, nearly 1,000 cars will be on display during the three-day event. A number of 2018’s features will be returning, including the Royal Automobile Club Trophy – contested by winners of the nation’s best car clubs – and the Future Classics class. Last year’s Future Classics included the unique Rolls-Royce Sweptail, one-of-seven Aston Martin Vantage V600 and McLaren Senna chassis #001.

Concours of Elegance Managing Director, Andrew Evans, said: “Having this incredible Ballot 3/8 LC – the very car that claimed victory at the 1921 Italian Grand Prix, no less – at the Concours of Elegance is a wonderful privilege. The Ballot 3/8 LC perfectly encompasses everything that is a great about our concours entrants – the car sees regular use, it’s fantastically rare and it holds an important place in automotive history. This one car is really just a taste of what we have in store this year; our special features, our partners and the quality of the cars on display are undoubtedly all the best yet.”

Tickets to the Concours of Elegance are on sale now, available from: www.concoursofelegance.co.uk/tickets