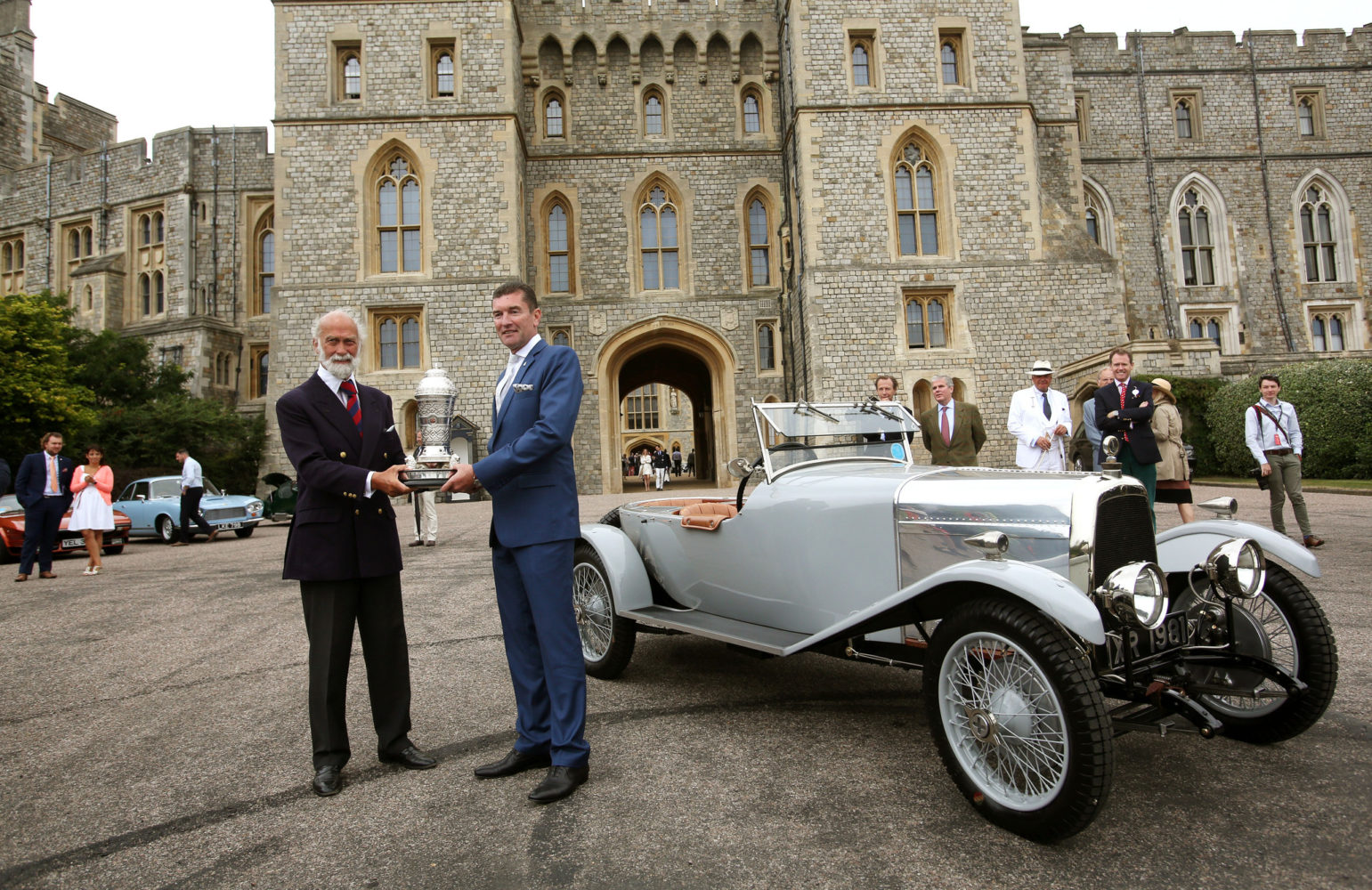 The Concours of Elegance is celebrating another record-breaking festival of motoring, following a weekend of the world’s finest cars displayed in one of the UK’s most picturesque venues: Windsor Castle. Nearly 12,500 visitors attended the largest Concours of Elegance yet, with nearly a thousand cars on display, and the unique Hispano-Suiza H6B Dubonnet Xenia crowned as the Best in Show.

Sixty of the world’s rarest cars parked in the Quadrangle at Windsor Castle, ranging from the 1895 Benz Velo ‘Comfortable’ to the 2016 Touring Superleggera Disco Volante Spyder. Many of these cars haven’t been seen in the UK before, representing some of the rarest and most incredible examples from throughout automotive history.

The Best of Show-winning 1938 Hispano-Suiza Dubonnet Xenia was developed by André Dubonnet, an inventor, racing driver and World War One fighter pilot. Dubonnet chose an H6 Hispano-Suiza engine for his creation, and commissioned Jean Andreau to design the incredible, streamlined body. Jacques Saoutchik then brought the design to life, featuring curved glass, sliding doors and a panoramic windscreen.

Unlike most concours d’elegance events, the Concours of Elegance Best of Show isn’t picked by judges– instead the owners of the cars vote for their favourite. This year the Dubonnet Xenia was the stand-out winner, followed by the Alfa Romeo 8C 2300 Viotti Coupé. The Hispano-Suiza was also a favourite with the public, having won the Classic Driver Public Choice award.

Outside of the main Concours of Elegance cars, nearly 1000 other models parked at Windsor Castle for the weekend, including some of the finest examples from the UK’s most prestigious car clubs. A panel of expert judges, including HRH Prince Michael of Kent, chose a pristine Aston Martin ‘Clover Leaf’ as the Club Trophy winner, granting it a much-coveted spot in the main Concours of Elegance event next year.

With 90 historic Jaguars on display on Jaguar Land Rover Saturday, the competition for the Jaguar Trophy was tough. Led by Jaguar Classic MD, Jonathan Edwards, a panel of judges overwhelmingly decided the car they would most want to take home, was an impeccably restored Jaguar XK120 DHC.

Bentley Sunday saw more than a hundred Bentleys lining the Long Walk, and an expert panel of judges, including model David Gandy, with the tough job of picking an overall winner. In the pre-1965 class it was a pristine Bentley 3 Litre that took home the trophy, while in the post-1965 class it was an immaculately maintained Bentley Azure.

The venue for the Concours of Elegance 2017 will be the subject of an announcement in the coming weeks.