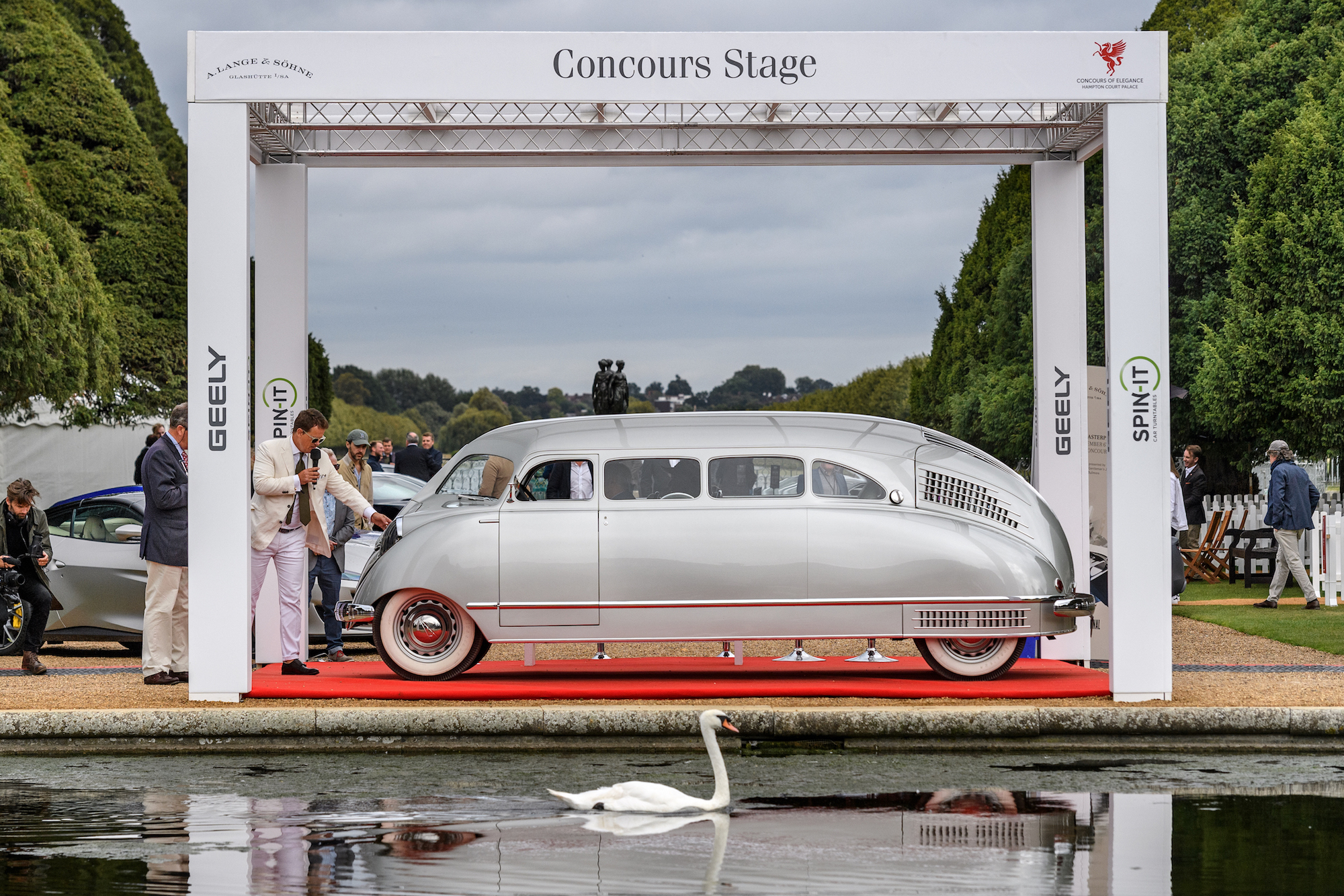 Concours of Elegance Wins ‘Motoring Spectacle of the Year’

The Concours of Elegance has been named ‘Motoring Spectacle of the Year’ at the Royal Automobile Club’s Historic Awards. Now in its eighth year, the Concours of Elegance has quickly become one of the most acclaimed concours events in the world, welcoming some of the biggest names in the classic car industry and the most eminent collectors from around the world. This latest award cements the event as the best concours d’elegance in the UK.

The Royal Automobile Club’s Historic Awards are a new set of annual accolades recognising excellence and outstanding contributions to the UK’s historic motoring and motorsport industries. The Club has been at the heart of the motoring world since its formation in 1897, and the Historic Awards are a natural continuation of a rich heritage.

From 6th to 8th September, Hampton Court Palace hosted a selection of vehicles the likes of which has never been seen in the UK. Arguably a collection of motoring spectacles more than it is just one, Concours of Elegance featured a world-first gathering of every single Aston Martin Zagato model ever built (17 in total), a gathering of 166MM Ferraris, including the most significant Ferrari in the world, the first Bentley to race at Le Mans, the first Bentley to win back-to-back at Le Mans. All spectacular, and all at the Concours of Elegance. But that’s without even mentioning what’s known as the ‘Main Concours’ event.

The Main Concours plays out among the carefully pruned ancient trees and the long-sweeping gravel paths fanning out from the Palace in all directions – it’s the perfect setting for a display of the world’s finest cars. Parked in the grounds of Henry VIII’s former home were the ‘world’s first minivan’, a one-of-nine Stout Scarab, the first car to ever win the Italian Grand Prix – a 1921 Ballot 3/8 LC and a totally unique Rolls-Royce Silver Ghost that would eventually be crowned ‘Best in Show’.

The Concours of Elegance is presented by fine German horologists, A. Lange & Söhne, and will return to the Fountain Gardens of Hampton Court Palace from 4-6th September 2020.