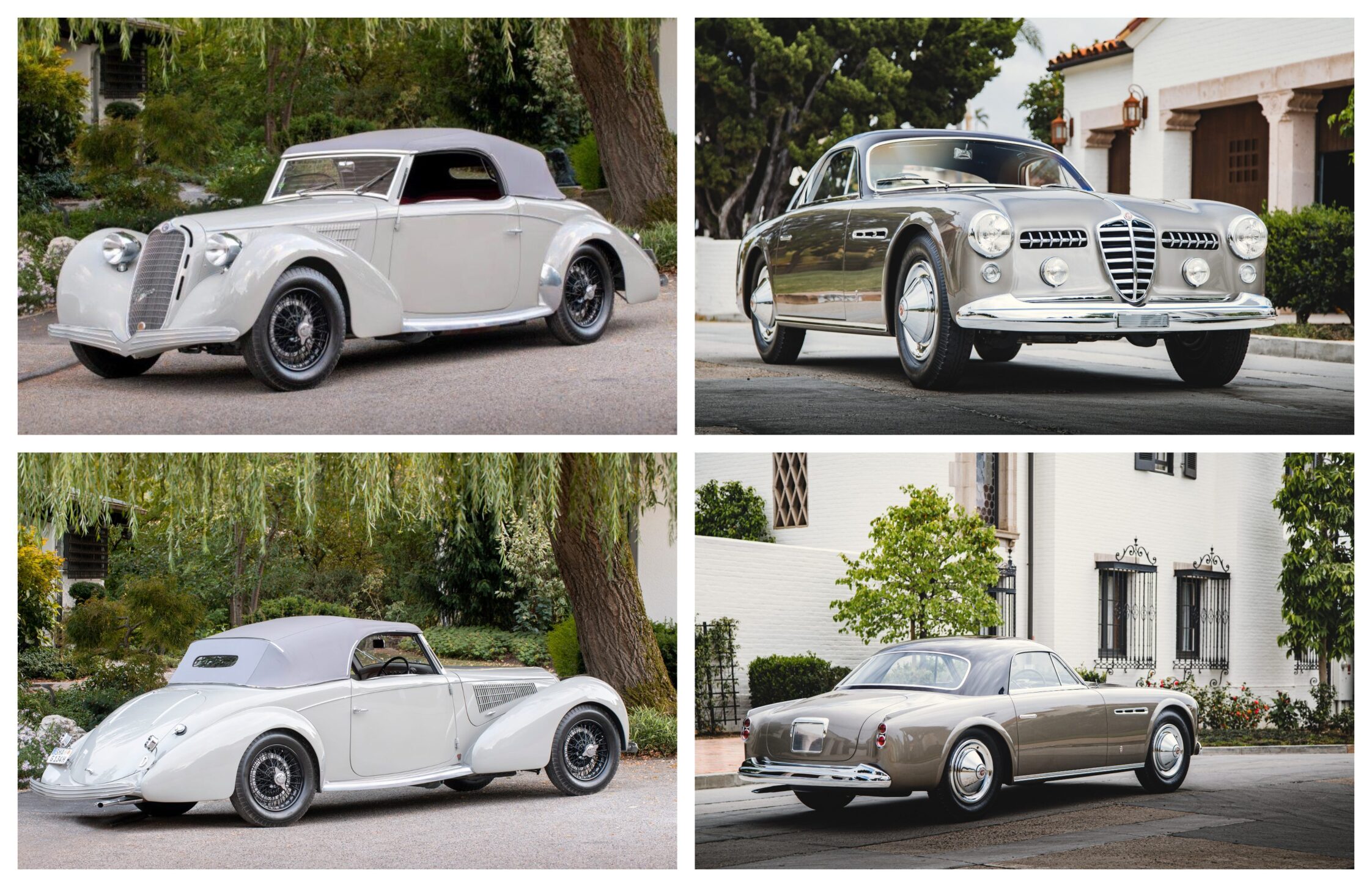 The Concours of Elegance, presented by A. Lange & Söhne, has revealed two very special members of its 2020 Main Concours display: a pair of unique Alfa Romeo 6Cs, showcasing the best in contemporary engineering and hand-crafted design

The Alfa Romeo 6C 2300B and 2500 were among the most expensive cars in the world during the ’30s and ‘40s, featuring engines designed by one of the great automotive designers of all time; Vittorio Jano. The 6C’s mixture of dual overhead cam power, independent suspension and hydraulic brakes helped the 6C 2300 and 2500 to amass a number of impressive race victories. They finished 1st and 2nd in their class at the 1937 Mille Miglia, 1st, 2nd and 3rd at the 1937 Targa Abruzzo in Pescara, took victory again at Pescara in 1938 and won the Targa Florio in 1950.

Aside from their racing successes, both the 2300 and 2500 are responsible for some of the most beautiful and intricate coachbuilding of all time. An Alfa Romeo 6C 2300B appearing at Concours of Elegance this September features a body designed by Swiss coachbuilder, Graber. In total, Graber bodied four 6C 2300s in a cabriolet style, but this example is the only existing one and the only with the Mille Miglia-specification engine and chassis. It was ordered when new by Martin Mueller, CEO of Bruggmuehle Goldach, one of the largest wheat mills in Switzerland. In 2014, it underwent a three-year restoration to return it to the condition in which it was first produced by Graber.

The 6C 2500 SS was the successor to the 2300, and Concours of Elegance will be hosting one of the most intriguing examples of this particular model. One of four bodied by Ghia with Supergioiello – or ‘Super Jewel’ – coachwork, it’s known that three of the cars were built on Alfa Romeo chassis, but this car was the only one built on an advanced tubular chassis produced by Gilco. Gilco is renowned as an innovative engineering firm responsible for building the chassis of the first ever Ferrari, the 125, as well as advanced projects for Maserati, Lancia and more.

The lightweight but sturdy tubular chassis, likely built in 1950, was a technological masterpiece compared with the steel ladderframe chassis that most 6C 2500s were equipped with. The running gear, suspension, and brakes are all period Alfa Romeo 6C components which appear to date primarily from 1948.

Originally ordered by SIRCA, the dealer in Milan that served as Carrozzeria Ghia’s representative for the region of Lombardy, this car eventually found its way to the UK in 1959. By 1961 is was up for sale again at just £895 (just under £25,000 today), remained in the UK for a few more years and then found its way to America in 2016 via Austria and the Netherlands, with a full nut and bolt restoration along the way. Its current owners, underwent another full restoration with the car in 2016 to take it back to its original specification, which took over 2.5 years.

Andrew Evans, Concours of Elegance Director, said: “Although our event has grown enormously since its award-winning debut in 2012, we always retain a central collection of around 70 painstakingly curated vehicles for our main concours d’elegance display. Our Steering Committee of motoring experts scours the globe for the finest examples of automotive design, innovation or rarity, and these unique Alfa Romeos are arguably the perfect blend of all three. Yes, they’re incredibly beautiful, but they also perfectly represent the very best of the automotive spirit in a difficult era in European history, spanning the years before WWII and the years after. We’re enormously privileged to have them attending, and we can’t wait for our guests to see them in the Fountain Gardens of Hampton Court Palace this September”.

Outside of the main concours d’elegance competition around 1,000 other rare and significant vehicles are curated into special features and displays over the course of the event. This year’s flagship Centrepiece Display is dedicated to McLaren’s victory at Le Mans in 1995. A collection of the McLaren F1 GTRs that finished 1st, 3rd, 4th and 5th at Le Mans 24 Hours 25 years ago will take pride of place over the course of the event, from 4th-6th September.

The 2020 event will cement Concours of Elegance’s global reputation for gathering the finest cars in the world in one of the UK’s most stunning settings; the Fountain Gardens of Hampton Court Palace. With the gracious support of Concours of Elegance patron, His Royal Highness Prince Michael of Kent, no other UK motoring event offers the same prestige