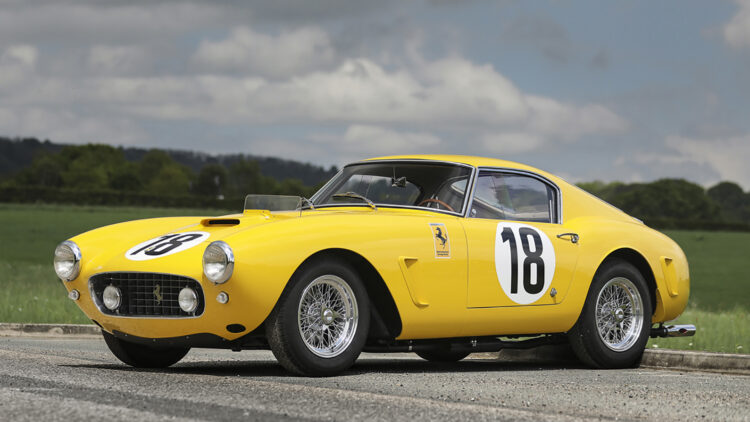 Following the success of its record-setting Passion of a Lifetime sale and the establishment of a long-term sponsorship of the Concours of Elegance, Gooding & Company will return to the grounds of Hampton Court Palace to conduct its London Auction, featuring beloved motoring icons from the greatest English and European marques. The auction will take place on 3 September 2022 in conjunction with the Concours of Elegance, where the firm will serve as the official auction house of the weekend.

“This stellar array of cars featuring some of the finest examples of beloved models from Ferrari, Aston Martin, Bugatti, and England’s own Frazer-Nash, embody the very essence of the collecting world in how they have been carefully maintained, restored, and now, offered for public sale” said Gooding & Company President and Founder, David Gooding. “In recent years, our successful presence at the Concours of Elegance has paved the path for what will certainly be a remarkable sale this September, bringing together some of Europe’s most earnest collectors at our exclusive marquee on the Palace grounds.”

Unveiled at the Paris Auto Salon in October 1959 at a particularly innovative moment in time for the legendary Italian marque, the Ferrari 250 GT Berlinetta was the brainchild of Mauro Forghieri, Giotto Bizzarrini, and Carlo Chiti. The three young engineers developed the all-new Berlinetta to feature a shorter wheelbase than its predecessor, at 2,400 mm, and four-wheel disc brakes. These stunning new cars were available with either a road-going steel body, or a competition-specified alloy body.

The competition-proven variant offered here, chassis 2021 GT, is a 1960 250 GT SWB Berlinetta Competizione that features lightweight aluminum coachwork by Scaglietti wearing a vivid and historically significant livery. Enthusiasts will admire its outstanding, well-documented period race history, including its significant presence at the famed 24 Hours of Le Mans. Chassis 2021 GT, which comes fresh to market after over 20 years in its current ownership, recently underwent an extensive collaborative restoration project between Ferrari Classiche and highly regarded UK-based specialist Lanzante Limited, where details were fine-tuned to reflect the original splendor of this car. Accompanied by a history report produced by noted Ferrari historian Marcel Massini, this spectacular auction opportunity is not one to be overlooked. 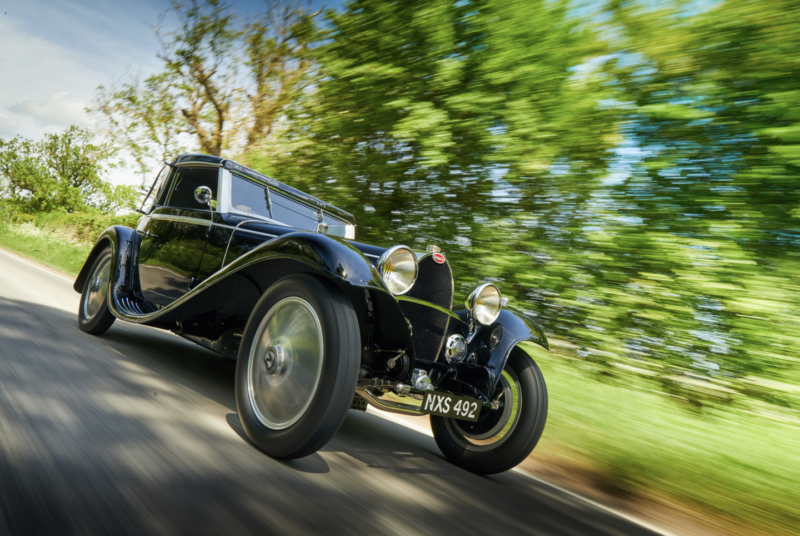 The Bugatti Type 55 “Supersport” was born from the visionary mind of Jean Bugatti, Ettore Bugatti’s son who also served as an innovative designer and engineer at the French automaker. The Type 55 made its debut in Paris in October 1931, where it gained appeal due to its high-performance capabilities, including its impressive top speed of over 110 mph. The Type 55 was offered with a variety of bodies including coupe, cabriolet, and roadster designs.

The elegant Cabriolet offered here, chassis 55230, features coachwork by the well-known French coachbuilder Gangloff, and is powered by a supercharged 2.3-liter twin-cam, eight-cylinder engine. Delivered new to Paris, the Bugatti remained in France through WWII and was exported to the US in the early 1960s, where it was owned for many years by famous Southern California car enthusiast Bob Estes. One of only 38 Type 55s ever built, this rare automobile remarkably is believed to retain its matching-numbers engine and original Gangloff Cabriolet coachwork, according to a report on file by veteran Bugatti historian Mark Morris. Additionally, thanks to its extensive recent restoration, chassis 55230 today presents as one of the very best examples of the ultra-desirable Type 55 model in existence.

Few can argue with the fact that the Aston Martin DB5 is one of the most iconic cars of all time. Introduced in 1963, the DB5 largely improved upon the previous DB4 series, boasting all of the sporting qualities of the legendary David Brown Aston Martins while being fine-tuned as a refined and elegant machine, making it suitable for both the road and the track. In 1964, the DB5 reached global superstar status as the car that took center stage in the iconic James Bond film, Goldfinger. A total of 1,059 DB5s were built between 1963 and 1965, and in September 1964, the marque introduced the higher-performance DB5 Vantage, accompanied with upgrades resulting in greater power output, faster acceleration, and sharper reflexes.

Approximately 65 Vantage-specified DB5s were built in total, including the car offered here, chassis DB5C/1906/R, one of only 123 Convertibles produced. First owned by famous English stage and screen actress Beryl Reid and faithfully restored by the Aston Martin factory in Newport Pagnell, this car comes to auction with a known provenance of just a handful of caring custodians, representing a wonderful opportunity for any enthusiast keen on acquiring a very special iteration of one of the world’s most legendary automobiles. 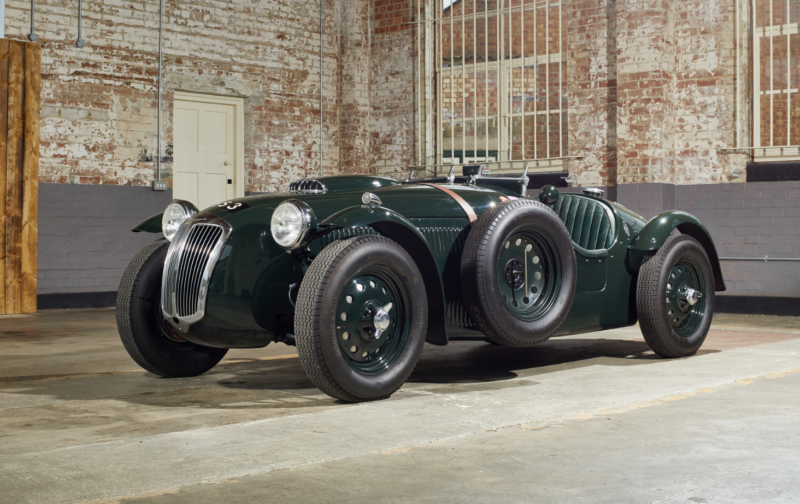 Gooding & Company is proud to offer one of the finest examples ever produced by historic British sports car manufacturer Frazer-Nash, founded by engineer Archibald Frazer-Nash in 1922. The Le Mans Replica was surely one of the most impressive British competition cars produced in the immediate postwar era, named after the initial Frazer-Nash prototype car that finished 3rd at Le Mans in 1949. These Le Mans Replicas, highly revered by enthusiasts particularly in the world of motorsport, are often kept in some of the world’s greatest automotive collections, and are seldom offered for public sale.

The 1952 Le Mans Replica presented here, chassis 421/100/159, is one of just 34 cars built, and possesses a fascinating period history. In addition to being displayed at the Earls Court Motor Show in 1951, it also participated in several of the most important races of its time, including the 1953 Goodwood Nine Hours. This truly special offering is eligible for all of the best historic and vintage racing events globally, including the Goodwood Revival, Mille Miglia, Colorado Grand, Le Mans Classic, and the Monaco Historique.