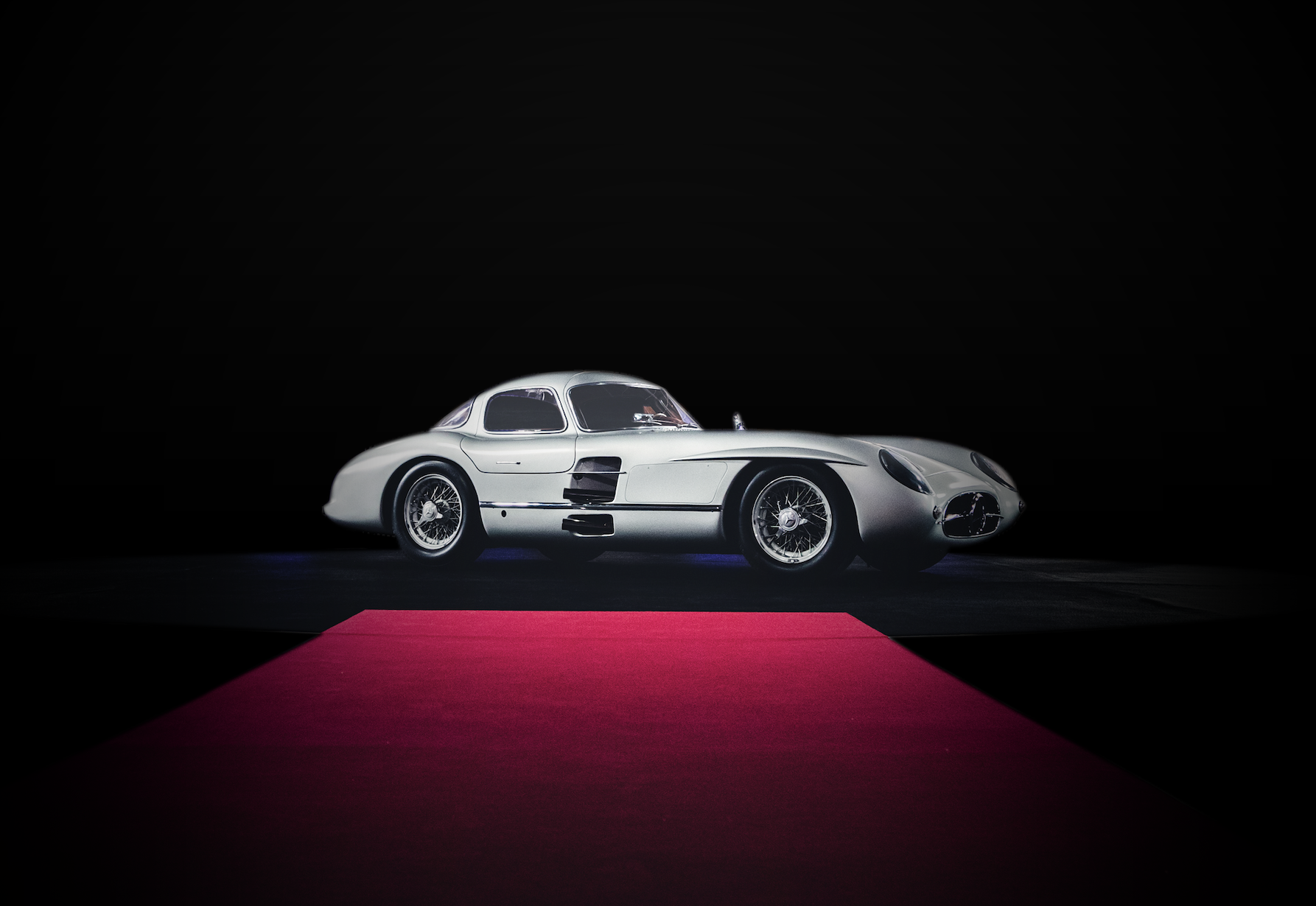 Mercedes-Benz 300 SLR Becomes ‘Most Valuable Car in the World’

A road-racing car built by Mercedes-Benz in 1955 and kept by them ever since has been bought by British expert and friend of the Concours of Elegance Simon Kidston on behalf of a client. Kidston had petitioned the board of the German company for 18 months to consider selling the car “that would never be sold”.

In an invitation-only event held at short notice in conditions of great secrecy at the Mercedes-Benz Museum in Stuttgart on 5 May 2022, Kidston’s bid of €135m secured the car for an unnamed collector. All monies will be used by Mercedes-Benz to set up a charitable fund for young people.

It had always been assumed that Mercedes would never part with one of the crown jewels of its company collection, considered the ‘Mona Lisa’ of cars because of its rarity, racing pedigree, beauty and unavailability. The final figure of €135 million (US$142 million) smashes the existing record for the sale of a car, believed to stand at $78 million in a private sale of a 1962 Ferrari 250 GTO which took place in 2018.

The 1955 Mercedes-Benz 300 SLR Coupé was a development of the open two-seat sports-racing car built by Mercedes for the 1955 season and driven by Grand Prix greats such as Stirling Moss, Juan Manuel Fangio and Peter Collins. Heavily based on the company’s all-conquering W196 Grand Prix single-seater, the W196 S sports car was powered by a 302bhp, 3.0-litre straight-eight of great complexity, and dominated the 1955 World Sportscar Championship. Moss’s record drive on the 1955 Mille Miglia has been described as one of the greatest-ever feats of motor racing.

Dual-nationality (German and British) engineer and chief of Daimler-Benz motorsport Rudolf ‘Rudi’ Uhlenhaut commissioned two closed versions of the dominant sports car for racing use. The design shares styling cues with the famous 300 SL ‘Gullwing’ road car but under the skin is a pure competition car with almost no concession to practicality, as none was ever intended to be sold to private clients.

Neither 300 SLR Coupé was ever raced, though they were used for practice and as highly skilled driver Uhlenhaut’s high-speed transport to European events. A road test jointly conducted by British magazine Autocar and Swiss periodical Automobil Revue in 1956 produced the following figures: 0-60mph 6.9sec; 0-120mph in 20.3sec; maximum speed 176.47mph. For the purposes of the road test, the car was fitted with power-sapping silencers.

“Remember that this car is not for sale, and in this form never will be: it is a racing car adapted for road use with certain experimental objectives in view… It has to be mastered like a mettlesome horse.

“To have driven it has eclipsed all previous experiences in 20 years of test driving on the world’s finest cars, and I do not expect to find its match for a long time to come.” Writing for British magazine Autocar in January 1957, Gordon Wilkins describes the other-worldly capabilities of the SLR Coupé.

“If you had asked classic car experts and collectors over the past half a century to name the most desirable car in the world, there’s a good chance that they would have come up with the same model: the Mercedes-Benz 300 SLR. It’s a combination of exotic engineering, all-conquering racing history, the power of the three-pointed star on its nose and the fact that one had never, ever been sold. Many collectors had tried, all had failed.

“That was what the entire motoring world thought, but times change, and if you don’t ask, you’ll never know. A long-standing relationship with the Mercedes-Benz Museum helped, but even after 18 months of patient lobbying, we didn’t know if or how they would consider letting the 300 SLR out of captivity until a week before it happened. For everyone involved, and especially the new owner whom we represented, this was a once-in-a-lifetime chance to buy the Mona Lisa of cars.”