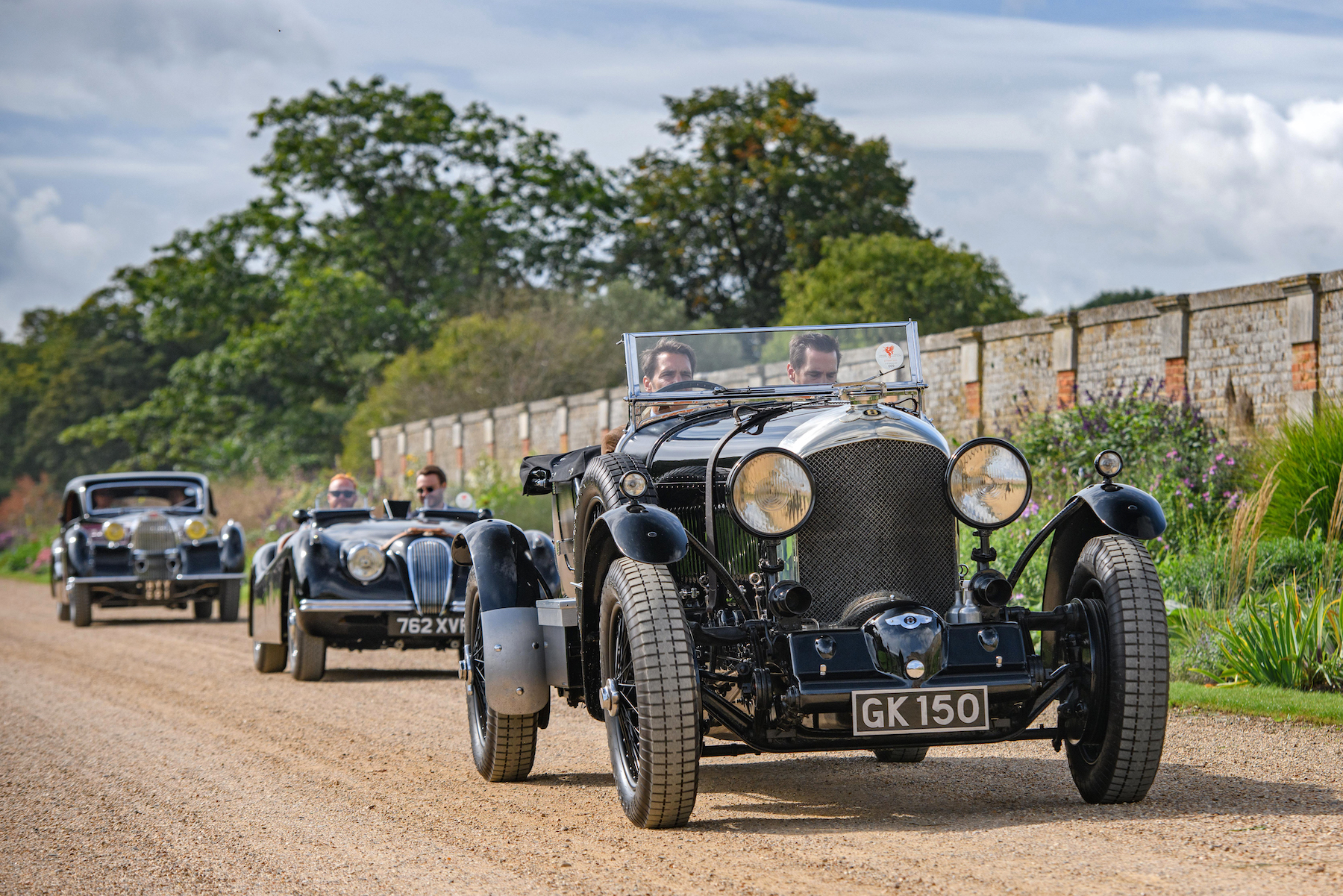 The Concours of Elegance, presented by A. Lange & Söhne, has announced the first of its many spectacular features for 2021; a line-up of 95 of the finest British cars celebrating Her Majesty The Queen’s 95th birthday.

The event was first established in 2012 to mark Her Majesty The Queen’s Diamond Jubilee, with a collection of 60 of the rarest cars in the world in the Quadrangle at Windsor Castle. Since then the Concours of Elegance has evolved into a world-renowned celebration of craftsmanship, design and innovation, hosted since 2017 at Hampton Court Palace. In 2021, it returns to Henry VIII’s former home.

Beginning at 1926 – the year of Her Majesty’s birth – and working its way through to 2021, the Queen’s 95th Birthday Celebration Display, curated by David Lillywhite of Magneto Magazine and sponsored by EFG Private Banking, will chart the evolution of the British motor industry through its many ups and downs, through iconic manufacturers and some of those no longer with us. These 95 cars will be just one of a whole host of features set for Concours of Elegance 2021, which will welcome around 1,000 cars to the grounds of Hampton Court Palace, including a collection of around 70 of the world’s rarest at its heart.

The line-up begins with the Bentley 4½-Litre, a successor to the 3-Litre, which had scored a number of motorsport successes throughout its lifetime. In order for Bentley to remain competitive on the world stage greater power and speed were needed, and the 4½-Litre was born. It quickly proved its mettle with an outright win in the 1928 Le Mans race and subsequent Brooklands competition success.

In 1948, another of Britain’s motorsport and speed legends came into existence. The Jaguar XK120 is really where Jaguar’s sports car history began, and giving birth to the famous lineage of XK engines that would continue in use for decades. It was the fastest car of its day, setting 24-hour and seven-day, seven-night speed records of more than 100mph each. Not bad at all for a car well over 70 years old now.

Come 1960, and one of the most beautiful cars ever designed arrives. While technically a British-Italian collaboration the Aston Martin DB4 GT Zagato was a lightweight, focused DB4 that had been transformed by the famous coachbuilders into a smaller, more lightweight car. Many steel components were replaced by aluminum counterparts. Basically all non-essential elements disappeared such as the bumpers. With the help of Perspex and aluminum components, more than 100 lbs was shed off the DB4 GT.

By the mid-1960s, Rover’s market research team were reporting the emergence of a new market in America for recreational off-road vehicles, which led to the development of the Range Rover in 1970. Land Rover’s understanding of four-wheel drive systems was truly world-beating, and the first Range Rover employed a sophisticated locking centre diff to eliminate tyre scrub and also used disc brakes to ensure class-leading stopping power – highly unusual on cars at that time. Under the skin, a strong ladder-type chassis ensured off-road durability, while long travel coil suspension provided a sophisticated ride. Power came from an advanced all-alloy V8. The formula proved so successful that a kind of black market formed with people paying above the odds to skip the waiting list… and the rest is history.

The 1987 Lotus Esprit Turbo is something of an icon; Its 2.2-litre four-cylinder engine is more than capable of carrying this lightweight car from 0-60mph in well under six seconds. What’s more, the magical Lotus chassis brought with it levels of ride comfort and handling that easily lived up to contemporary rivals from Ferrari and Porsche.

The Rolls-Royce Phantom VII marked the reemergence of Rolls-Royce under BMW ownership; a statement of intent for the future of the brand. Immediately it set new standards for comfort and luxury; a whisper-quiet 6.75-litre V12 engine, the thickest of lambs wool carpets and the most advanced technology available in the automotive world. Even the self-levelling wheel centres and automatically retractable Spirit of Ecstacy screamed attention to detail.

From the more modern era, the Concours of Elegance will welcome a McLaren Senna, part of the Ultimate Series of McLaren cars. Inspired by one of McLaren’s greatest ever racing drivers, Ayrton Senna, it’s one of the most track-focused McLarens ever built, one of the fastest around a circuit and one of the most powerful, with 825hp from its twin-turbo 4.0-litre V8.

Outside of the automotive displays, Concours of Elegance remains an occasion of pure luxury, with champagne provided by Charles Heidsieck, picnics by Fortnum & Mason, live stage interviews with Chubb Insurance, hosted by Jodie Kidd, and a collection of art, jewellery and fashion displays. Presenting Partner, A. Lange & Söhne, recently confirmed to support the event for a further three years, will continue to showcase some of its most intricate timepieces.

The full list of cars making up the 95th display is below. If you have a car you think could be appropriate, please feel free to e-mail iain@thoroughevents.co.uk with details and imagery.