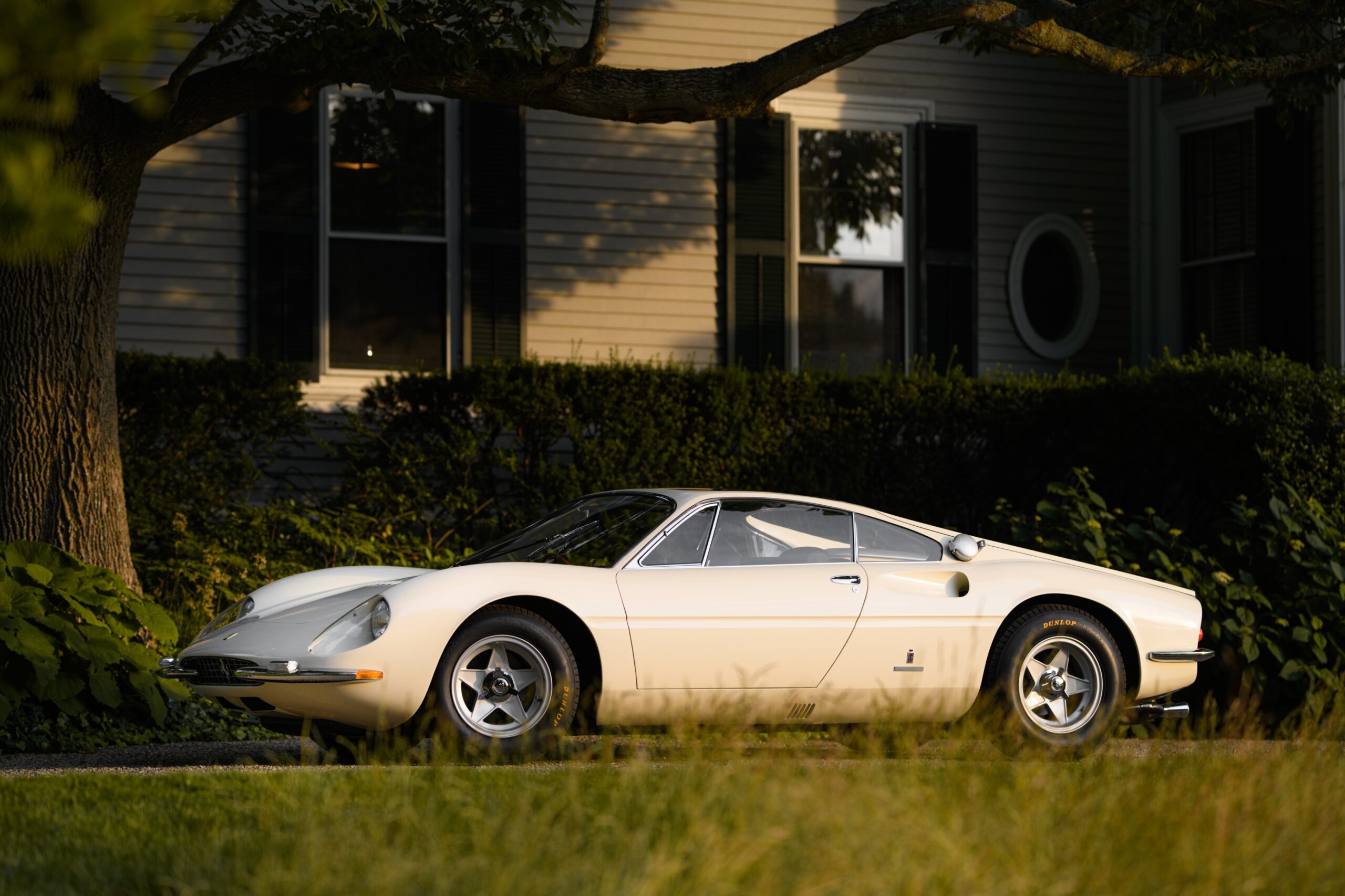 The Concours of Elegance, presented by A. Lange & Söhne, has revealed the latest cars that will star at the 2022 edition of the UK’s most glamorous automotive extravaganza. Held in the grounds of Hampton Court Palace, the Concours of Elegance is renowned around the world for assembling the most spectacular, rarest motor cars in existence – a reputation borne out by the latest star car announcements.

Among the cars on display at the event, running from September 2nd to 4th, will be one of the rarest Ferraris of all, the nigh-mythical Ferrari 365 P Berlinetta Speciale – more commonly known as the ‘Tre Posti’. The wide, low, and arrestingly sleek 365 P, originally conceived to form the basis of a Le Mans racer, was revealed to the world at the 1966 Paris Motor Show. It subsequently toured the globe, wowing audiences with its futuristic Pininfarina body, three-seater cabin, and mid-mounted V12 – the first Ferrari road car to be so configured. That very car that will be on display this September, at the Concours’ tenth anniversary show.

Enzo Ferrari had been reluctant to countenance a mid-engined road car, wedded as he was to the traditional front-engined layout; it took a persuasive campaign from the engineering team for Il Commendatore to relent. With a 380 bhp 4.4-litre V12, mounted just behind the central driver’s seat, and independent suspension all round, the 365 P paved the way for later generations of Ferrari supercars. Strikingly futuristic for the time, a certain Gianni Agnelli, auto industry titan and boss of Fiat, was so taken by the 365 P show car that he commissioned his own, the only other example produced. Agnelli, highly discerning when it came to cars, and rather wild – known to enjoy flinging himself from helicopters into the Mediterranean – commented that the 365 P had “monstrous acceleration”. With only two in existence, this highly significant Ferrari is also among the rarest and most valuable. This September’s event will present a special opportunity to see this exceptional car up close in the most spectacular of settings.

Hampton Court Palace will play host to another hallowed three-seat performance car, the McLaren F1, in its ultimate, most extreme incarnation: the GTR ‘Long Tail’. Just 10 of these racing cars were built for the 1997 racing season. With its monstrous BMW-developed V12 and Gordon Murray’s genius design, the F1 GTR competed with great success, even when up against purpose-built racing machinery; the road car based F1 GTRs vanquished the prototypes at Le Mans in 1995. In race trim that V12 was slightly reigned in, capped at 600 bhp, but it was quicker than the road car, thanks to significant light-weighting – the GTR Long Tail tipped the scales at 910kg, versus the road car’s 1140kg – and its new-found downforce, aided by the Long Tail’s modified and extended body. The car that will be on display campaigned around the world with success in the late 1990s, winning at Silverstone in the British GT championship in ‘97 with Chris Goodwin, future McLaren test driver, at the wheel. In recent years it has been converted for road use by the McLaren maestros at Lanzante, surely making it one of the most extreme road registered cars anywhere in the world.

In addition to the 365 P ‘Tre Posti’, this September’s event will feature another significant Ferrari, one felt by many to be the most beautiful completion car of all: the Ferrari 500 TRC Sports Racer of 1957. The TRC was quickly developed in 1956 in response to the FIA’s newly issued regulations, replacing its predecessor, the 500 TR. The TRC sported a highly-strung four-cylinder engine, producing 190 bhp from just 2.0-litres of displacement, a remarkably high specific output for the 1950s – indicative of the technical prowess of Ferrari’s newly assembled team of motorsport engineers. The 500 TRC is significant as the very last of the 4-cylinder Ferrari race cars, marking the end of a highly-successful chapter in Ferrari’s storied racing history. The car that will be shown later this year – 1 of just 17 TRCs produced – saw much competitive action in the wild races of the late 1950s, finishing 12th overall and 3rd in class in what would turn out to be the final Mille Miglia of 1957; it was subsequently banned on safety grounds. This September’s event will offer a chance to pore over a significant motor car, that marked the end of an era for Ferrari, and motorsport more generally. Recently subject to a 3-year restoration by Ferrari’s Classiche department, this most beautiful of racing Ferraris presents in peerless condition.

This September’s glamourous event will be elevated further by the presence of the fabulous Bugatti Type 57C Cabriolet by Gangloff. Launched to the world in 1938, as conflict loomed over Europe, the 57C Cabriolet can be viewed as a stylish swansong for the ‘pre-war’ motor cars. The 57C ranked among the supercars of its day, with cutting edge Bugatti mechanicals – a 3.3-litre, dual overhead cam straight-eight engine – clothed in a sculptural drophead body by revered French-Swiss coachbuilders Gangloff. With 135 bhp, the 57C was capable of up to 125 mph – thanks to that elegant, streamlined shape with neatly integrated fenders and fared-in headlights. 96 of these glamorous sporting cars were produced, and the example on display has a rich history, as one might expect of such a wonderful car. Ordered new from Bugatti’s showroom in Nice by Commander HRA Kidston who kept it for many years, the 57C was subsequently cherished by owners in the UK and North America, before being reunited with the Kidston Family in recent years, bought back by Commander Kidston’s son, renowned collector car aficionado, Simon. A special, highly elegant motor car that will be quite at home in the regal setting of Hampton Court Palace.

These fabulous motor cars and many more besides will be on show at this September’s glamourous event, assembled in the immaculate Palace grounds. Outside the main display of vehicles, the Concours of Elegance will assemble around 1,000 further cars in a series of special features and displays, as well as a live collector car auction by Gooding & Co.

James Brooks-Ward, Concours of Elegance CEO, said:
“this quartet of star cars offers a tantalising taste of what to expect from this September’s glamourous event, which will once again assemble the world’s most spectacular, rare, and significant motor cars. 2022’s selection will, as ever, span automotive history, including both exceptional road cars and the finest competition machinery. Further exciting announcements on featured classes and highlight cars will be made in the coming months as we build up to what is set to be an unmissable tenth anniversary show.”