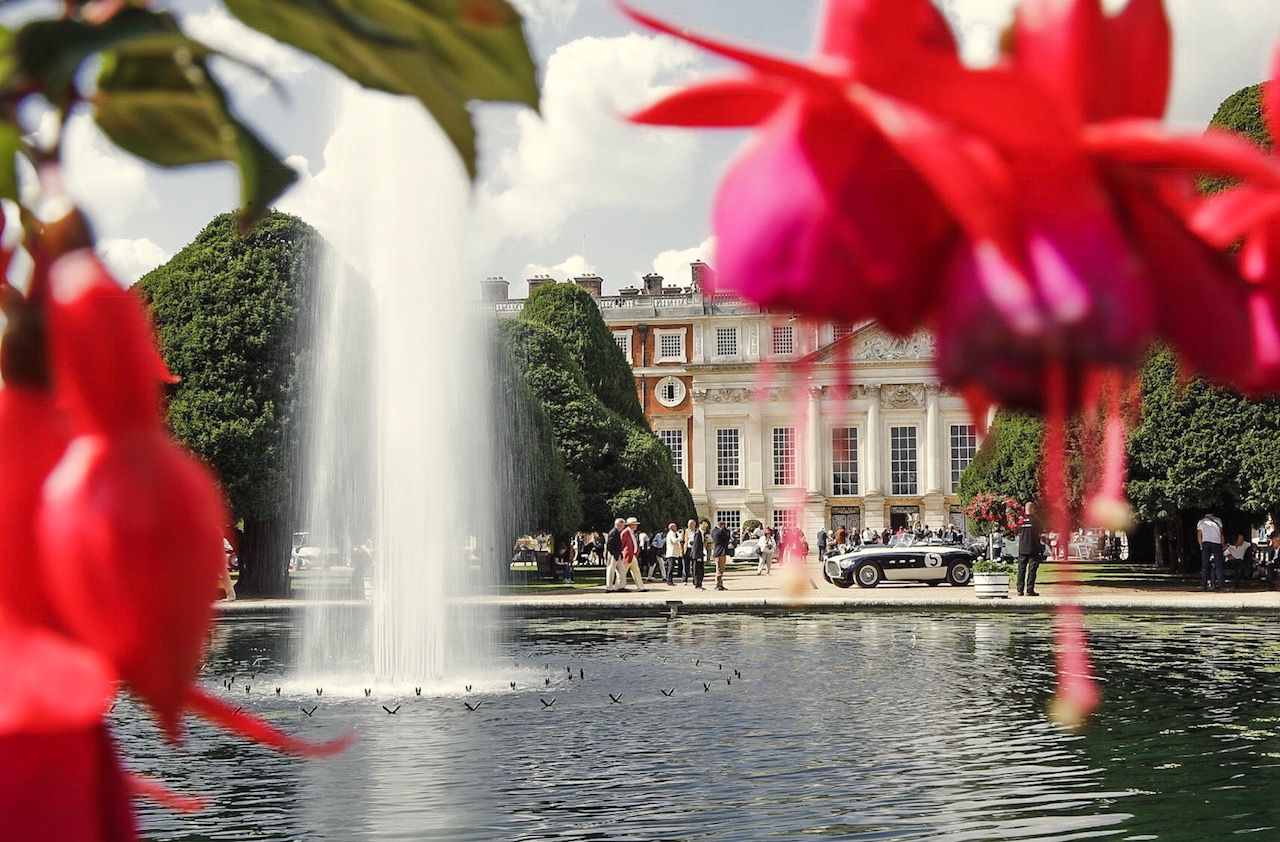 Hampton Court Palace today opened its gates to some of the world’s rarest and most incredible cars as Concours of Elegance 2017 got underway. Running for the remainder of the weekend, this year’s Concours will see more than 1000 of the most incredible cars ever produced gather in one of the UK’s most spectacular settings.

This morning saw the arrival of the main Concours of Elegance display, as they completed the final leg of the Tour of Wessex through Home Park and into the Palace – led by His Royal Highness Prince Michael of Kent.

Guests to the first day of the event were treated to a number of ultra-rare vehicles, some of which have never been seen before in the UK. Chief among them is the Maserati A6G 2000 Gran Sport ‘Baillon Barn Find’, which wears the faded and cracked paint it was discovered with when it was unearthed in a deserted French barn in 2014.  The Ferrari 340MM Vignale Spyder – complete with eye-catching white and blue livery – entered Hampton Court Palace today having never been seen before in Europe.

Friday at the Palace also saw the arrival of a selection of Jaguar’s D-Type Le Mans legends, finishing the 24 Hours race 60 years ago in 1st, 2nd, 3rd, 4th and 6th. All podium-finishing cars arrived in convoy alongside D-type XKD 504, which went to Le Mans in 1955 and 1958, and XKD 605 which finished 6th at Le Mans in 1956. They will remain parked in the Palace for the duration of the Concours.

Across the weekend, visitors will be treated to a number of car displays and trophy presentations, the first of which was the Club Trophy. The judging panel, comprised of motoring experts including racing driver Marino Franchitti and Aston Martin designer Marek Reichmann, picked a very special Rolls-Royce Silver Ghost as their winner.

The car was originally owned by the Maharaja of Nabha, and features a larger fuel tank, a louvered bonnet and a special tropical electrical system. It’s first role was as a demonstrator for the Bombay Rolls-Royce sales office. More recently it has competed in the VCC John O’Groats to Land’s End tour and a number of other long distance reliability trials. The Silver Ghost will now compete in the main Concours display at Concours of Elegance 2018.

These features are just a small part of the Hampton Court Palace Concours of Elegance, which continues on Saturday 2nd and Sunday 3rd September. Tickets are still available to buy at the box office at the Palace.