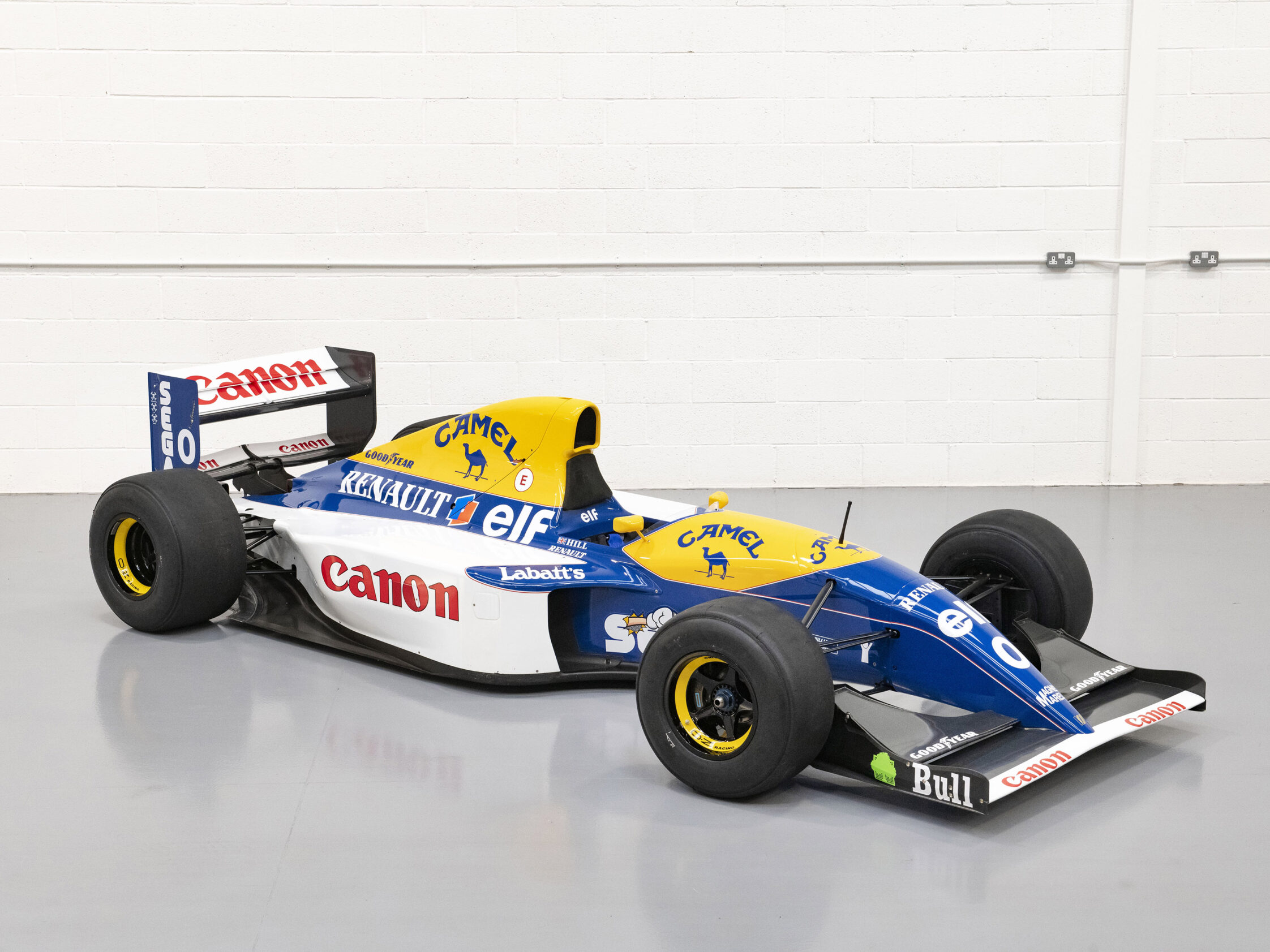 The fastest breed of racing cars is set to join many of the world’s rarest and most beautiful classic cars when the Concours of Elegance brings a selection of Formula One cars to Hampton Court Palace this September in the F1 Championship’s 70th year.

Acclaimed in 2019 as the Motoring Spectacle of the Year, the 2020 Concours of Elegance on 4-6 September will celebrate F1’s 70th birthday in spectacular style, with iconic Grand Prix cars taking part in the concours for the first time. Although there were Grands Prix prior to 1950, including the first to be run to the new Formula 1 regulations in 1946, the first F1 World Championship race was the British Grand Prix at Silverstone in 1950.

Honouring that sporting milestone will be a special a line-up of Formula One cars that every enthusiast will recognise: Ferrari, Williams and Lotus machines inextricably linked with racing heroes such as Sir Stirling Moss and Damon Hill.

Andrew Evans, Concours of Elegance Managing Director, said: “Ever since that first Formula 1 race for the inaugural World Drivers’ Championship 70 years ago the sport has had millions of us around the world on the edge of our seats. It is a great thrill for the Concours of Elegance to display some of these incredible machines in such an important year for Formula One. Historic racers presented in such historic surroundings are sure to make unforgettable memories for every fan of the sport.”

Presented by A. Lange & Söhne, the Concours of Elegance is one of the global top three concours events and attracts many of the world’s most eminent car collectors together with their astonishingly rare, beautiful and valuable machines. The cars are displayed in the open air amid the ancient trees and manicured lawns of the Royal palace’s 60-acre Fountain Gardens, guaranteeing visitors plenty of space to view the exhibits in the safest and most enjoyable way possible.

This year’s event has the added distinction of being among the first major international car concours events to take place since March. As well as the Formula One display, the 2020 Concours of Elegance will include unique coachbuilt Alfa Romeos, priceless pre-war Rolls-Royces, the McLaren F1 GTRs that finished 1st, 3rd, 4th, 5th and 13th at Le Mans 24 Hours 25 years ago, a display of future classics and a new Junior Concours celebrating the best of half-scale cars.

70 YEARS OF FORMULA 1 AT THE CONCOURS OF ELEGANCE: THE CARS

Nineteen ninety-three was the year F1 went hi-tech and the car that did it better than anything else was this Adrian Newey-designed masterpiece. The V10-powered FW15C featured semi-automatic transmission, traction control, power steering, anti-lock brakes, telemetry and, most controversially, hydraulically-controlled active suspension, this latter innovation banned for 1994. In 1993, though, not much could catch the FW15C and Alain Prost cruised to his fourth World Drivers’ title ahead of Ayrton Senna. Third place in the championship that year in FW15C chassis 02 was a young British driver, Damon Hill. Incredibly, the world champion-to-be took the revolutionary Williams to three wins, four seconds and a third – in what was his very first year in F1. Chassis 02 remained a star of the Williams Heritage Collection until being purchased in 2018 by its current owner.

Low, lithe and spear-like with a 3.0-litre V12 dominating the space just behind the driver’s head, the 312/67 was from a time before big wings and aerofoils. The 312 was designed by Enzo Ferrari and Mauro Forghieri and first arrived in Grand Prix racing in 1966. The 1967 version, of which four were made, boasted 412bhp and in the hands of Chris Amon scored three third places, despite it being a particularly tragic start to Ferrari’s 1967 season. The last 312/67 to be made, chassis number 0007, had its first race at the Italian Grand Prix 53 years ago this September. Updated to 1968 spec, it would go on to have another six Grand Prix starts before joining the famous Pierre Bardinon collection of racing Ferraris. It now regularly competes in historic racing in Monaco and at the Goodwood Festival of Speed.

Lotus’ racing success with the 18 would soon flourish in F1 with new models bearing Colin Chapman’s signature engineering simplicity and light weight. But before the 21 could take over from the 18 an interim model was needed – and that car was the 18-21. It took the 18’s rear-engined layout and triangulated tube-frame chassis, clothed it with the 21’s lower and more aerodynamic body, and fitted it with upgraded rear suspension and a new type of Hewland gearbox. The result was more than effective in 1961, with Innes Ireland giving Lotus its first works F1 win (previously the cars had been run by the privateer Walker Racing team), while chassis 916 with Stirling Moss driving took victory in the Danish and South African GPs that year.

Tickets to the Concours of Elegance are available to buy now from www.concoursofelegance.co.uk/tickets